Interdisciplinary, I have been working with artists from film, literature, dance, theatre and performance art. Many projects are related to MZUZ, a music creation institution which I had been co-founding together with Manuel Zacek in 2006: 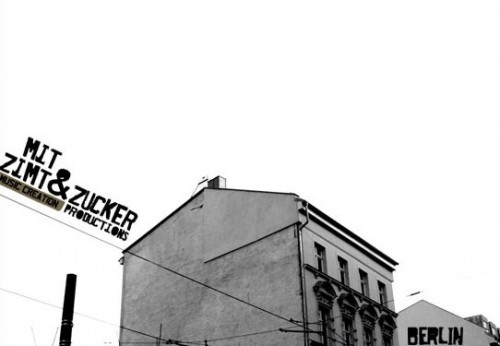 „In The Cabin!“ is a „highly theatrical moment in the life of a prestigious unemployed politician who has withdrawn from the public eye. the cabin is his new castle. a typical evening there includes a lot of chocolate, artificial snow, extremely curvaceous women and, of course, songs about melancholy and stupidity.“ 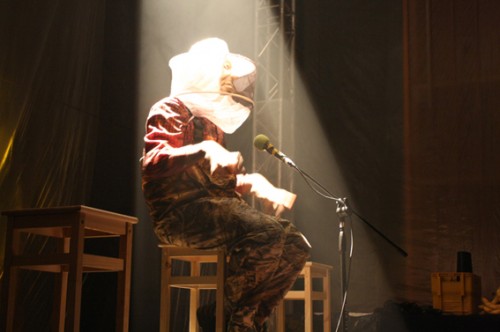 William Pope L. (In the Cabin, House of World Cultures)

SOUND-EMERGENCE
Williams theatrical concept emerged in mutual relation with the evolution of our sound development. During this creative process, massive ideas passed the cyber-highway between New York, Berlin and Barcelona. As a result, we designed an interactive and flexible soundconcept which enables to spontaneously follow the movements of the performance artists. Later, we met for rehearsing at the ‘House of World Cultures’ in Berlin.

William Pope L. (In the Cabin, House of World Cultures)

NOMADIC NEW YORK (CONCEPTUAL FRAME)
„Nomadic New York counters manhattan’s restless flow of money with „decelerated“ in-between spaces. their performance art refuses spectacle. It takes on a political dimension through the formation of temporary collectives which occupy spaces in new ways. the artists open up new york and new york through their nomadic coming and going, their avoidance of fixed structures. In Berlin they will tell us a story of life in the global metropolis, a story that we all have in common…“
(curated by André Lepecki, New York University)

WILLIAM POPE.L
William pope.L (born 1955) defines himself as the „friendliest black artist in america.“ his works investigate the social structures of the united states. as chief executive officer of the „black factory“ he operates a collaborative project that brings „blackness into the jungle, where there is a lack of it, in the american hinterland.“ In his performance „the great white way“ william pope.L crawled across manhattan dressed as superman. He was featured alongside other performing artists: with Sean Penn, Willem Dafoe, Brad Pitt, Steve Buscemi and Juliette Binoche in Robert Wilson’s LAB HD portraits. Pope.L currently works as a lecturer of theater and rhetoric at bates college in lewiston, maine. 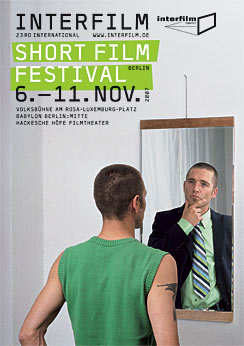 Author STEFAN ZWEIG (1881-1942) correspondend from his early youth in vienna till his emigration in brasil with friends, collegues and various celebreties. More than 30.000 of his letters have been preserved. Klemens read selected passages from the wealth of this material. 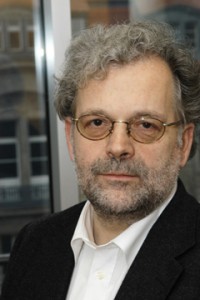 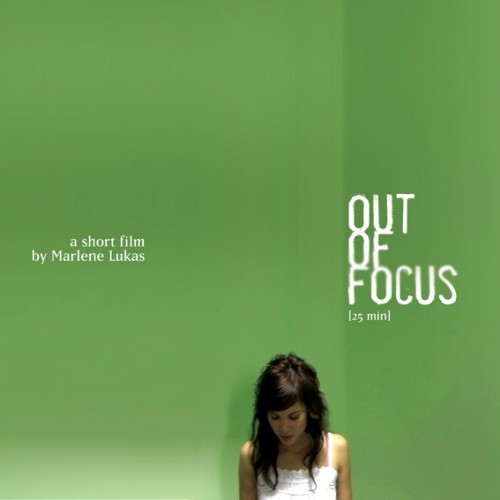 FILM MUSIC, SOUNDTRACK
Project description: Composition and sound-design. The absence of any dialogues pushes our music to the center of the narration. 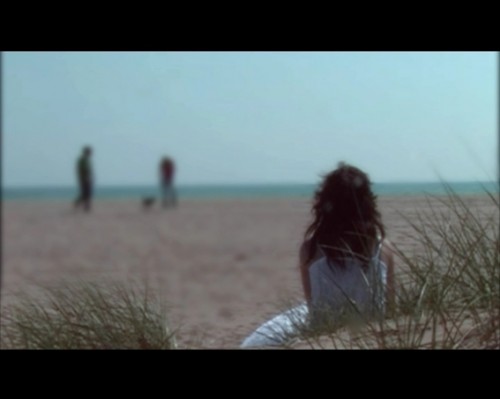 PLOT AND CONCEPT
A story about a young girl, niña, who comes into a foreign city without being able to speak the language of that place. rejected from people and unable to deal with urban life she escapes into a world of her own imagination.
Marlene Lukas produced Out of Focus to investigate different forms of fuzziness. The concept of fuzziness has undergone changes over a long period of philosophical and aesthetic discourse which has also affected, or rather inverted, the meaning of the term fuzziness itself (both – in art historical and society historical context). She was working with a set of different types of fuzziness – not differing in its superficial appearance, but in its meaning, effect and impact regarding contents. Consequently, the potential of a more precise description in terms of film analysis arised. Interaction between theories of media-philosophy, visual style in cinema and type, function and effect of the use of fuzzy aesthetics formed the basis of the short movie.